Croft Productions is a small business based in The New Forest in the South of England, it is owned and run by Vivian Craggs.

Viv is a qualified counsellor with experience of working 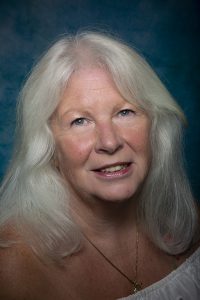 with individuals and groups and is very much a ‘people person‘, in addition to which she holds a management qualification and has worked in the world of business and project development both with a local authority and not-for-profit organisations.

The core business of Croft Productions is the creation of personal digital audio recordings which can either be given as gifts or cherished as a permanent keepsake for the customer. We do this using the latest technology to create quality products.

The idea of personalised recordings first came to Viv as she remembered the stories her grandmother used to tell of her own childhood over 100 years ago. She thought how life has changed and that those experiences are what shaped Grandmother’s life and ultimately hers. Sad to think that all these personal memories are lost Viv wondered what to do about saving hers.

She has since worked with people who have recorded their memories, in particular one gentleman told of his life as a boy during the war and some of the sights he had seen. He had never felt able to share some of this with other people, even his family. He has since passed the recording on and his own sons now know a little bit more about their loved parent.

As a means of celebrating her own Grandson’s first birthday Viv produced a CD which included several generations of Fin’s family talking about their personal memories of the first year of his life. The recording also includes the sounds of Fin playing with some of his favourite musical toys and his ‘chatter’. Both Fin and his parents will be able to listen back over the following years to this reminder of a special year in their lives.

If you’re wondering why ‘Croft’ Productions, well it’s quite simple. Croft is the village where Viv grew up and holds lots of memories for her.

Geographical location is no barrier to the services we offer in respect of producing personal recordings as we have a dedicated telephone line on which messages can be left to incorporate into the edited record. Using our technology allows for a number of people to join together in sending a message to a loved one.